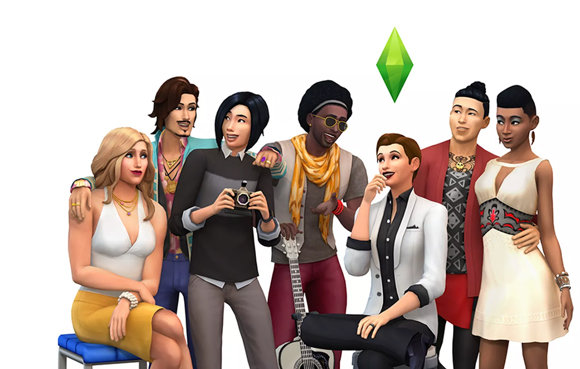 The Sims is a life-recreation game in which players to realize their wildest dreams. Players can design and build their own home, have their dream job, and afford childcare.

EA Games, the maker of The Sims, was ahead of the video game curve when they introduced same-sex relationships with their first game in 2000. Same-sex marriages became an option in Sims 3 in 2009.

Now, they’ve leapt ahead again, with an announcement that players now had no gender limits in character creation in Sims 4, the current version of the game.

What this means in terms of game mechanics is that all clothing, hairstyles, and accessories are now gender neutral.

When designing a character, players can select whether they present, look, sound, and identify masculine or feminine, and if they use the bathroom standing or sitting.

It’s a powerful update, allowing trans, genderqueer, and intersex players a way to see themselves in their game, which is the entire point of The Sims.

The update has been a closely held secret for the past year while it was being developed. Sims designers consulted with GLAAD to make sure they were on the right track.

While Sims will still be as capricious in their reactions as ever, there are no ways for a Sim character to react badly to anyone’s gender presentation.

From a post on developer Maxis’s blog: “The Sims is made by a diverse team for a diverse audience, and it’s really important to us that players are able to be creative and express themselves through our games.”

The basic game has over 700 pieces of wearable content, and now they are all accessible to any gender.