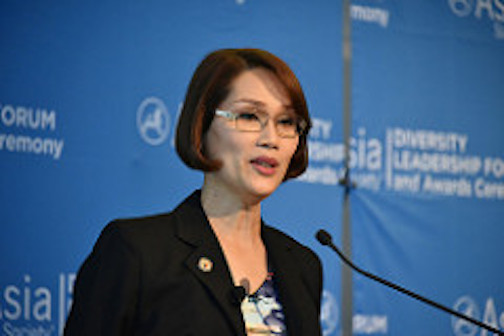 The Philippines has been a mostly-Catholic country since they were folded into the Spanish Empire in the late 1600s. Today, they’re making strides from being a traditionalist agricultural economy towards one more industrial, but are still profoundly conservative. Divorce and adultery are illegal. So is same-sex marriage and changing one’s legal sex.

Which illustrates only a small part of the uphill battle that has been Geraldine Roman’s political career.

Roman, a 49 year-old transgender woman who transitioned in her late twenties, is the first openly trans person to be voted into the Philippines’ House of Representatives (their system of government is currently patterned directly after the U.S.’s). Elected by the Bataan province, the area north of Manila where she grew up, she’ll be occupying the seat that once belonged to her mother. And she swept that vote, with over 23k votes to her opponent’s 10k.

Transgender and LGBT rights were of course featured in her campaign, which hinged around supporting a renewed anti-discrimination bill that could include LGBT protections. But Roman also built her platform on more concrete goals for her country, like improved modern infrastructure and better hospitals.

Roman has not been a career politician before this election. Until 2012, she lived in Spain, where she was an editor for a news agency that focused on international legal news. It wasn’t until she had to move back home to take care of her aging parents that she picked up the family business, so to speak.

Her mother’s popularity as a Representative must have helped Roman, but it could not have garnered her the votes she achieved. A few years ago, Ang Ladlad, the country’s LGBT-focused political party, was accused by the election committee of “immorality which offends religious beliefs,” despite the Filipino government being officially secular. And the Philippines have the highest murder rate of trans people in Southeast Asia. But Roman did win. And she sees it as sign of change.