What This Election Means for the LGBTQ+ Community 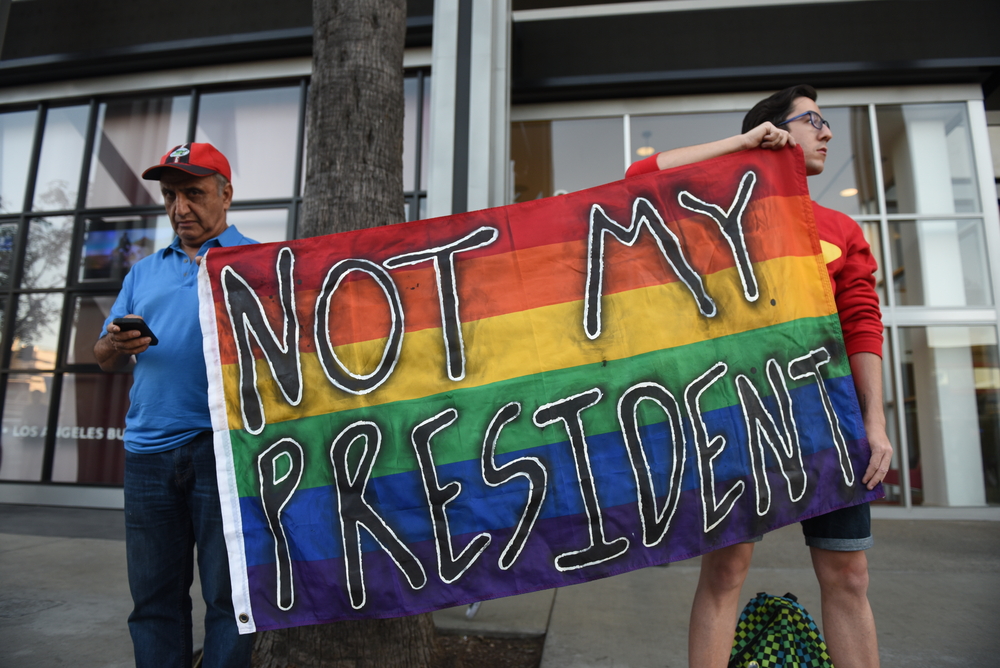 As people around the country mourn the election of Donald Trump, the LGBTQ+ community has plenty of reasons to fear his presidency. When he chose Mike Pence as his running mate, the writing was on the wall, and anyone paying attention took note of Pence’s extremely homophobic history. We all remember the backlash against him and the state of Indiana when he forced through his religious refusal law.

There was no reason to believe that a Trump presidency would be anything but disastrous for the community. But things have gotten worse, much worse, now that the Human Rights Campaign has reported that leaked documents from Trump’s team imply that he is looking to appoint several people with anti-LGBTQ+ records to his transition team. These include Ken Blackwell, a senior fellow at the Family Research Council (which has been labeled a hate group by the Southern Poverty Law Center), and former Attorney General Ed Meese who vetted Pence’s homophobic law and has been an outspoken opponent of LGBTQ+ protections.

Being on his transition team means that these people are going to have a lot of influence on the policies that Trump pursues. In other words, we should expect to see attempts by them to limit LGBTQ+ protections, if not outright take actions against the community akin to those seen in Russia.

So what are we going to do about it? The LGBTQ+ community has been fighting long and hard to be treated as equals and that’s not going to stop. We may have rested on our laurels a little too much following the legalization of same-sex marriage across the country, but with this new turn in American politics, that fight could be the least of our worries. We must continue to fight until we finally dismantle the idea that being LGBTQ+ is a sin.