HB2 Still Around Because Republicans are Bullies 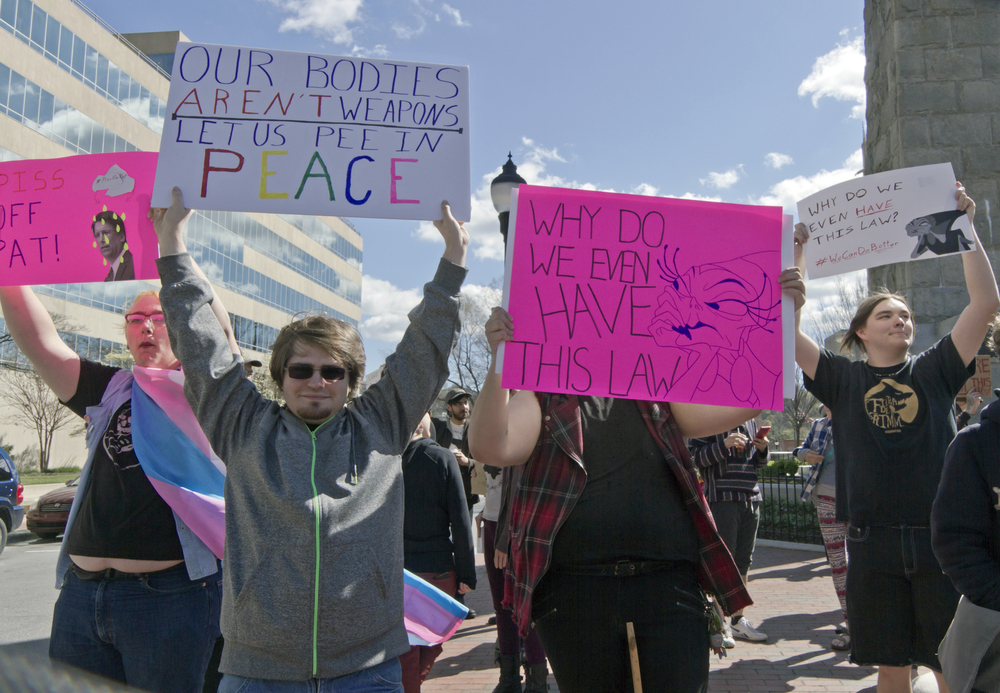 North Carolina remains a state pitted against the LGBTQ+ community and the country at large because Republicans couldn’t bully the city of Charlotte any more. Many of us are aware of HB2 largely for it’s “bathroom bill” that forces transgender people to use the bathroom of their assigned gender at birth.

But it also rolled back a lot of other protections for the LGBTQ+ community, including making it far more difficult for local municipalities to pass laws preventing discrimination against the community. It is a spiteful, ugly, cruel law that needs to be repealed immediately. But aside from that, it’s also had a devastating effect on the state’s economy since multiple sports teams and companies have left the state or decided not to do business there.

After the law cost Republicans the governorship, they moved to gut the governor’s power as much as possible to hobble the Democrat governor-elect. But they also offered to work together with Democrats to repeal HB2 in a special one-day session. But, of course, they agreed to do that only if Charlotte walked back it’s own anti-discrimination laws, which the city didn’t do.

Now that the one-day session is over, Republicans are playing the blame game once again. They said they would only repeal their hate-filled law only if Charlotte stopped protecting that community. Now, because they couldn’t bully Charlotte, they won’t give up their bullying law. But somehow, its Democrats’ fault, as if it weren’t Republican hatred which created the law in the first place.

The law lives on into 2017 because Republicans, once again, refuse to take responsibility for their backward, discriminatory actions. It paints a pretty good picture of what the next four to eight years of national politics will look like: Republicans passing regressive bills that everyone hates, then blaming the Democrats when it blows up in their face.