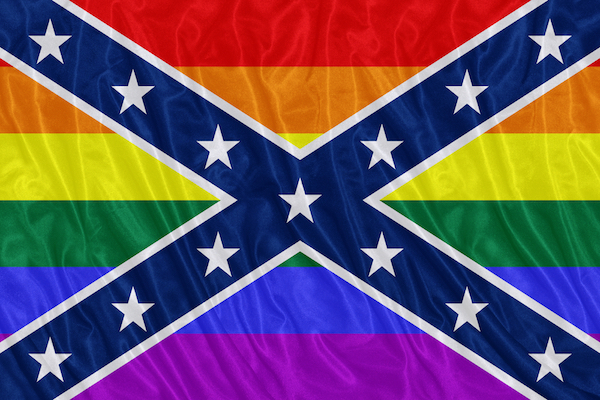 Yesterday, conservative commentator Star Parker made a guest appearance on “Fox & Friends.” What followed was an egregious comparison between the Confederate flag and the LGBT flag.

“Formed in February 1861, the Confederate States of America was a republic composed of eleven Southern states that seceded from the Union in order to preserve slavery, states’ rights, and political liberty for whites.”

What does the LGBT flag stand for? Again, history.com offers a great explanation:

“The different colors within the flag were meant to represent togetherness, since LGBT people come in all races, ages and genders, and rainbows are both natural and beautiful. The original flag featured eight colors, each having a different meaning. At the top was hot pink, which represented sex, red for life, orange for healing, yellow signifying sunlight, green for nature, turquoise to represent art, indigo for harmony, and finally violet at the bottom for spirit.”