Andrea Jenkins is Paving The Way for Trans Women of Color 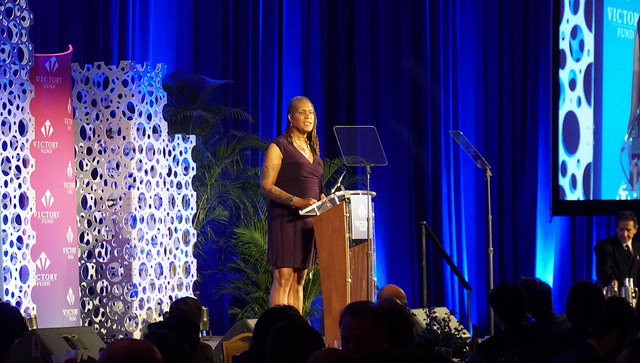 The midterm elections this November have been a thrilling time for the LGBT community, who have gotten to watch queer nominees topple the opposition by popular vote. Of special note was Danica Roem, elected to Virginia’s state legislature over 13-term incumbent Robert “Chief Homophobe” Marshall.

And on a smaller stage but every bit as important is Andrea Jenkins, elected to the Minneapolis City Council for Ward 8. Jenkins is the first out transgender black person elected to public office in the United States, as far as anyone could confirm. (Althea Garrison was elected to state legislature in 1992, but did not come out until after she’d served her term and stepped down).

“As an African-American trans-identified woman, I know firsthand the feeling of being marginalized, left out, thrown under the bus,” said Jenkins in her acceptance speech. “Those days are over. We don’t just want a seat at the table, we want to set the table.”

“I’m really proud to have achieved [this victory], and I look forward to more trans people joining me in elected office, and all other kinds of leadership roles in our society,” she said shortly afterwards to The Washington Post.

Jenkins ran on a platform of addressing youth violence and inner-city poverty, and won a massive popular victory, with 73% of the vote. Prior to running, her passion was in preserving transgender history, collecting the stories of trans people living and past and making those primary sources available to researchers, so that trans participation in history no longer has to be found in the subtext. As an activist and historian, she worked for Elizabeth Glidden, the incumbent council-member who Jenkins will replace. Glidden did not seek re-election; Jenkins’ top opponent was Terry White.