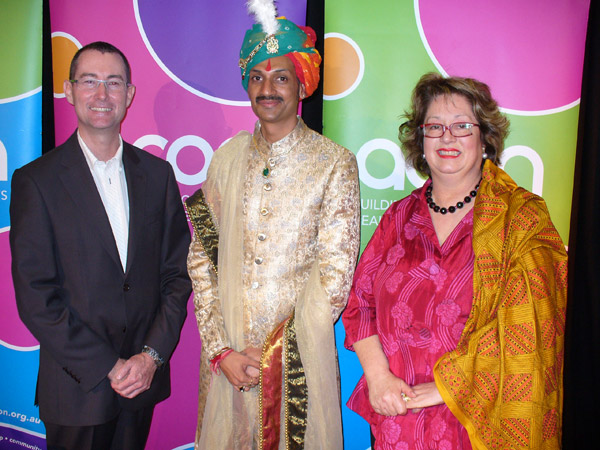 The Supreme Court of India is considering (for the third time) a new civil code which would legalize same-sex sexual activity and maybe even marriage. If it’s passed, the new code will replace the current code, which rules same-sex relations as being punishable by up to 10 years of imprisonment.

In India, entrenched intolerance is still common. Just a few short years ago, one of the country’s state ministers announced plans to institute government-run conversion centers that “cure” homosexuals.

“People still face a lot of pressure from their families when they come out, being forced to marry, or thrown out of their homes. They often have nowhere to go, no means to support themselves,” said Manvendra Singh Gohil in an interview with the Thomas Reuters Foundation.

Gohil came out to his family in 2006, and his mother ran an advertisement in the newspaper to let the world know she disowned him. She probably didn’t have to pay for it; it is, after all, news when a prince gets disowned. He is, as far as the public knows, the only gay prince in the world.

Manvendra Singh Gohil is the only son and presumed heir of Maharana Shri Raghubir Singhji Rajendrasinghji Sahib of Rajpipla and his wife Princess Maharani Rukmini Devi. The titles are empty, but there is still an inheritance.

Gohil has been given a life of purpose in which he has chosen to help his fellow LGBT+ Indians. In 2000, before coming out, he founded the Lakshya Trust, a group working in HIV/AIDs prevention in gay men. The Trust hopes to open a hospice/senior care home for gay men in the future.

Now, Gohil says that he is renovating and expanding his family’s modest palace in Gujarat to be a center and home for LGBT+ people in need.

“I am not going to have children, so I thought, why not use this space for a good purpose?” Gohil said, adding that he will offer rooms, a medical facility, and training in English and vocational skills to help people find jobs.