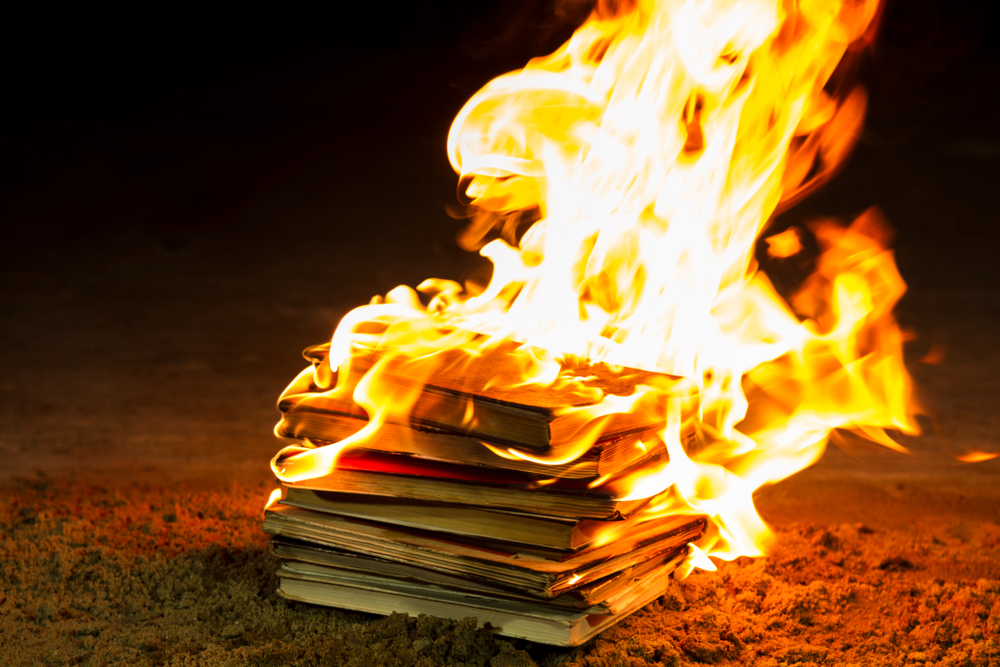 In a Facebook Live video posted on October 19, 2018, a man named Paul Dorr stole a number of LGBT-themed books from the Orange City Public Library and burned them in a barrel in front of the Prairie Winds Events Center in Orange City, Iowa. Shouting angrily into his camera, he read aloud from the books, calling their content “disgusting,” “shameful,” and “filthy.” The books, all of them aimed at children, were about knowing oneself or navigating having a different family from one’s friends—utterly innocuous.

Dorr’s video, which will not be linked here to keep from giving his group Rescue the Perishing any traffic, went viral. People from around the world compared it to photographs of the Nazi party burning books, an apt comparison as the most famous of such photographs were of Nazis burning the book collection of the Institute of Sex Research, at the time the largest collection of LGBT research, literature, and history in the world.

Since the burning, the Orange City Public Library has seen an outpouring of community generosity. At least 100 books have been donated from people around the country. Most of them are copies of the same books Dorr burned, but monetary donations have been pouring in as well.

“People must feel pretty strongly about the issue to be contributing the way they are,” said Library Director Amanda Vazquez.

“This is another example of using censorship to stop people from being able to do what the Constitution rightfully guarantees them to do,” said Boyle, who is from the area but currently lives in Chicago. “I think that [the public response] just shows when people want to oppress and intimidate people, there’s a lot more people who are willing to stand up.”

The Orange City Library won’t comment on what overdue fees Dorr will owe, or if the books were checked out legitimately. But the act of destruction makes it theft.