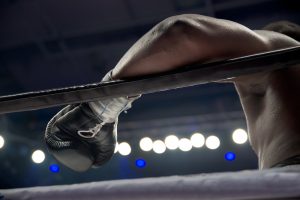 Mexican boxer Dario Larralde is making headlines for all the wrong reasons.

The fighter is facing some serious backlash over a video he posted to Twitter earlier this month. In the video, Larralde goes on a long-winded homophobic rant.

“F**king gays, I have a f**king phobia… everywhere I go, every day, there’s always a f**king gay punk on the corner watching me. And I hate it! Why me? I’m a f**king magnet for gays,” Larralde said in the now-deleted video.

Larralde then took it a step further by implying that violence is the only way to stop unwanted advances from gay men.

“You tell them ‘NO’ and these guys get fired up, dude! And there they are right behind you, trying it like 10 times, until you f**king beat the s**t out of them, they won’t understand.

“And you can’t even hit them because then they start with ‘Well, I’m gay!’ Gays f**king piss me off, they piss me off. I know that Hitler was a bad person, but I do support him in that.

“F**king gays are a plague. They piss me off. They make me sick. I will never understand them. I hate them.”

As PinkNews notes, tens of thousands of gay men were imprisoned, tortured, castrated, and murdered under Hitler’s regime. Larralde’s comments were so inflammatory that it prompted the Mexican Olympics Committee to publicly condemn the athlete’s remarks.

“The Mexican Olympics Committee denounces the homophobic statements made toward the LGBT community by Dario Larralde, who is not part of the national boxing selection,” the organization wrote in a Facebook post published on Dec. 7.