It’s Time to Talk About Racial Bias in Jury Selection 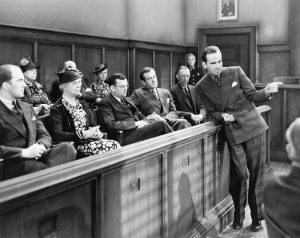 Racial bias has been front and center when it comes to topics like police brutality, voter suppression, and employment. Unfortunately, relatively little focus has been given to how racial bias plays out in jury selection. It’s a pressing issue given how many black people have been wrongfully convicted at the hands of an all-white jury.

Such was the case with civil rights leader Dr. Benjamin Chavis. In 1972, Chavis and nine others were found guilty of arson after a white-owned grocery store was set on fire during the race riots that broke out following a police officer’s fatal shooting of a black teenager.

In 1980, their convictions were overturned after three key witnesses changed their testimony. The court noted that perjury and prosecutorial misconduct were to blame for the original verdicts.

After being exonerated, Chavis and the nine others became known as the Wilmington 10, given that the case took place in Wilmington, NC.

“One of the most pernicious forms of racial discrimination and injustice in the United States criminal justice system is the racially-motivated use of prosecutorial peremptory challenges during the jury selection process,” Chavis reflected.

“Black Americans and other people of color are systematically removed from juries by prosecutors because of their race and skin color. I define this prosecutorial behavior as judicial preemptory racism,” he added.

Recent studies suggest that Chavis is right; race does play a significant role in criminal trials. Dr. Riché Richardson, a Public Voices and Mellon Diversity Fellow and associate professor of Africana Studies and Research Center at Cornell University, points to a recent case as a perfect example.

“In 2013, the potential biases of juries were writ large for some of us as we saw interviews with Juror B37 in the aftermath of George Zimmerman’s trial for killing the black teen, Trayvon Martin—a trial that was discussed prominently in the media,” Dr. Richardson said. “Her references to him as ‘Georgie,’ along with her claims that she believed that his ‘heart was in the right place,’ were a sobering and shocking indicator of how much the politics of race can shadow juries. Justice is often presumed to be blind, but many people know better. In this area, it will be increasingly important to do better.”