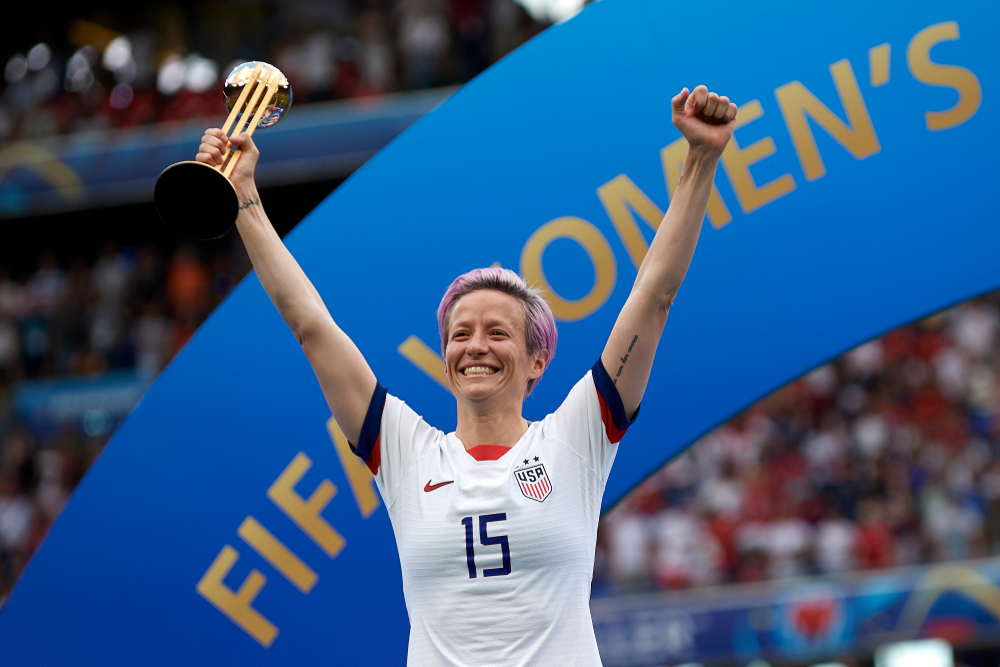 Soccer star Megan Rapinoe is putting her fame to good use. The lesbian athlete, who was named FIFA’s Best Women’s Player in the world, used her celebrity platform to draw attention to homophobia and other social injustices.

She wrapped up her speech by urging other players to use their social status for the greater good.

“That’s my ask of everybody,” she said. “We have such an incredible opportunity being professional football players. We have so much success, financial and otherwise.

“We have incredible platforms. I ask everyone here, because I think everyone in this room probably has that crown at their bearing, lend your platform to other people, lift other people up, share your success.”

Leading by example, Rapinoe recently signed two book deals with Penguin Press, one of which is aimed at helping adolescents recognize their power and potential.

“I hope this book will inspire people to find what they can do, and in turn inspire other people around them to do the same,” Rapinoe told The New York Times.

Ann Goddoff, editor-in-chief of Penguin Press, said Rapinoe’s confidence is what led her to pursue a book deal with the soccer star.

“I thought, ‘Here’s a woman who is comfortable in her own skin,’” Godoff said. “She’s just operating from this very honest and straightforward and ‘this is who I am’ place. I think that’s what many people aspire to.”