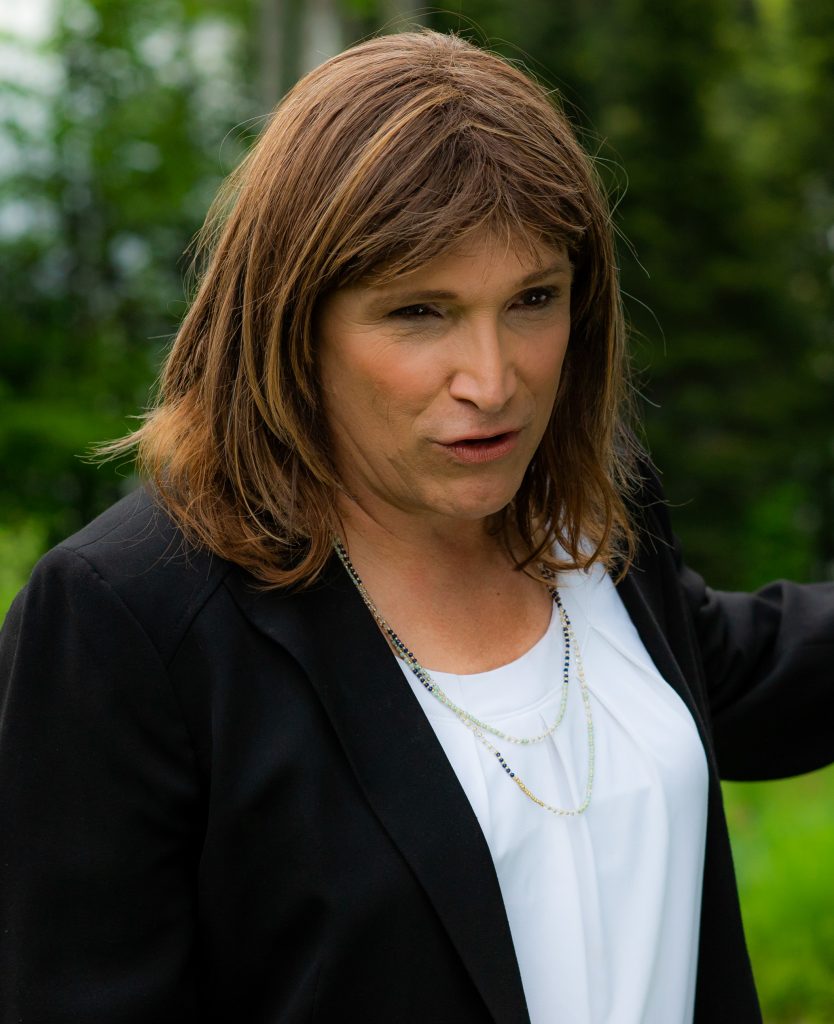 Christine Hallquist, a trans woman who won the 2018 Democratic nomination for Governor of Vermont.
Photo courtesy of Daniel Dimauro via Wikimedia Commons.

Bernie Sanders just earned an endorsement from a very special someone. Christine Hallquist, the first openly trans person to be nominated for governor in the U.S., has officially named Bernie Sanders her presidential candidate of choice.

“As an open and proud candidate for governor, Bernie stood by me and aggressively supported my campaign,” Hallquist said in her endorsement video. “I’ve known and worked with Bernie for decades. We worked together on issues like rural development, climate change, and the environment. He is the most consistent and honest leader I have ever worked with. Bernie is the only candidate that has consistently supported policies of economic justice. This is especially important to our transgender community, who unfortunately—like so many other communities—struggle with high levels of unemployment, low wages, and lack of health care.”

“Christine is a trailblazer,” Sanders said. “As long as I’ve known her, she’s been on a mission to expand the use of sustainable energy. I was proud to work with her in Vermont, I was proud to support her gubernatorial campaign in 2018, and I’m very proud to have her support in this race.”

Although Hallquist lost the gubernatorial election to Republican incumbent Phil Scott, she is still seen as an icon in the trans community due to her accomplishments in both politics and business.

Hallquist is now founder and CEO of Cross Border Power, a Canadian company that aims to make renewable energy accessible and affordable to all.