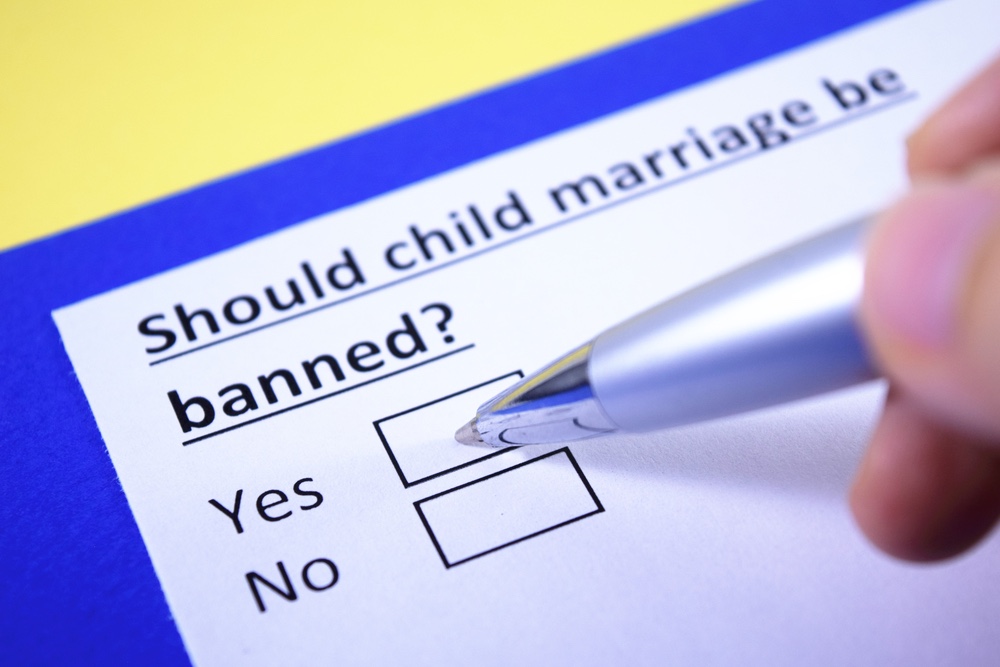 It surprises a lot of people to learn that child marriage is legal in most of the United States. Federally, there is no minimum age, leaving that up to individual states. In most states, minors (people under 18) can be married if one or more of the following qualifiers are present:

As of May 2020, thirteen states allow minors of any age to marry under the above circumstances, two states set the minimum age at 14, four set it at 15, twenty set it at 16, and eight states put it at 17 years old. In all states which allow underage marriage, laws regarding statutory rape have a carve-out for married minors.

According to Unchained at Last, a non-profit advocacy group aimed at ending child marriage in the United States, very few (14 percent) of marriages involving a minor are to an age-mate. Of the over 248,000 marriages involving a minor between 2000 and 2010, around 80 percent were between a minor female and an adult male. Most of these girls were 16 and 17, but their studies found girls as young as 10 and a boy as young as 11 married to adults.

On Friday, May 8th, Pennsylvania became the third state to ban child marriage, joining Delaware and New Jersey in putting a hard ban on minors being allowed to marry. Before the ban, they were one of the states which allowed minors of 16 and 17 to obtain a marriage license with consent of a guardian, and younger children could be granted one with court approval.

Governor Wolf, who signed the bill into law on Friday, had harsh words for anyone opposed to the new law.  “Setting the minimum age to obtain a marriage license will help prevent child exploitation. Marriage is a sacred and serious commitment that should be undertaken with love by two adults, not by children being exploited by unscrupulous adults.”