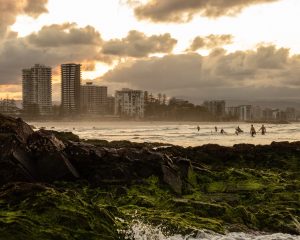 Conversion Therapy, or therapy meant to alter one’s sexual orientation or gender identity, is a so-called treatment inflicted on LGBT people to allegedly make them straight and/or cisgender. Practitioners over the years have used techniques like aversion therapy (associating “incorrect” attractions or gender expressions with pain or other unpleasant affects.), hypnotherapy, group reinforcement activities, and even drugging and electroshock therapies. But it’s not controversial among actual medical professionals that conversion therapy is abusive, actively cruel, and ineffective.

Major jurisdictions are beginning to ban the practice either entirely, or at least when affecting minors. Twenty U.S. states have bans in place, and five countries have banned it as of May 2020, including Malta, Ecuador, Brazil, Taiwan, and most recently Germany. But some countries remain hesitant to ban the practice despite its harmful effects on LGBT people.

As of Thursday, August 13, Queensland, Australia has joined the ranks. And their ban is one with teeth. Most bans against conversion therapy can only wield the stick of taking away a professional license. But Queensland’s new Health Legislation Amendment Bill carries a prison sentence of up to 18 months for any health professional attempting to “change or suppress a person’s sexual orientation or gender identity,” via a list of techniques including the ones mentioned above.

“Being LGBTIQ is not an affliction or disease that requires medical treatment,” said Steven Miles, Queensland’s Health Minister in parliament on Thursday.

Before the bill was passed, testimony was heard in parliament from individuals who had undergone conversion therapy – mostly without their consent as minors – and suffered irreparably from it.

While the passing of the bill is a major success, survivors would also like to see it broadened to cover conversion practices done in an informal or religious setting, without the help of a health worker. Two more jurisdictions in Australia, the Australian Capital Territory and the state of Victoria, are also committed to passing bills banning the practice soon.