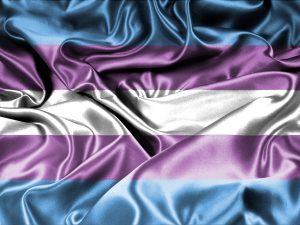 Photo by Lena Balk on Unsplash

While no one is having a good time in prison, for transgender women and men it is a particularly grueling ordeal. More than half of trans women in California prisons (59%) reported some manner of sexual assault, according to a 2007 research study.

Trans women in men’s prisons are 13 times more likely to be sexually assaulted than their male cohorts. Of those, nearly all of them also reported some manner of retaliation by prison authorities if they reported that assault, ranging from being put into isolation, being publicly outed, or guards taking away earned privileges and commissary purchases. Statistics for trans men in women’s prisons are not known.

Of the 102,000 people currently incarcerated in California, 1,078 (>1%) are either trans, nonbinary, or intersex, according to corrections department data. Data is not tracked about which of those are in prison according to their birth sex or their correct gender, but current policy is to house according to birth sex.

On Monday, August 31, the California Senate voted 27-10 along party lines to approve SBI32, a harm reduction bill which would allow transgender, intersex, and gender-variant people to decide whether to be housed in a men’s or a women’s prison. The bill still allows the state to deny a request for specific housing if there is “an articulable basis” for the denial.

The bill, which was written by Senator Scott Wiener in cooperation with a number of transgender legal groups, passed the state Assembly earlier this summer, with a 43-13 vote that say many of the state’s more moderate Democrats abstaining.

“There’s actually no way to keep trans people safe in prison,” said Jen Orthwein, one of the co-writers of the bill and a lawyer who represents trans inmates. “Keeping people in cages doesn’t keep anyone safe, particularly people who are more vulnerable.”

Her words are true, but SB132 is still a massive step forward.