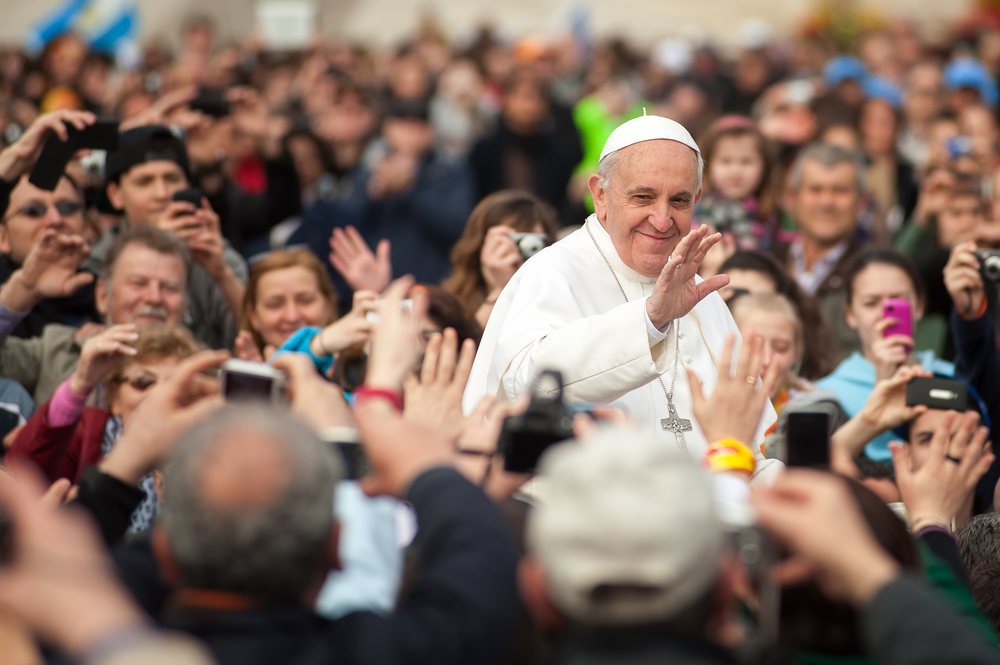 “Homosexual people have the right to be in a family. They are children of God,” said Pope Francis. “You can’t kick someone out of a family, nor make their life miserable for this. What we have to have is a civil union law; that way they are legally covered.”  Francis spoke these words in a recent interview for the documentary “Francesco” about his life, and how his faith has matured with the challenges of the last decade or so.

For many, civil unions are not enough. They are an Othering, a way of saying “we don’t think it’s right to stop you from living full lives but we don’t believe you deserve what we have,” to same-sex couples. When Francis, at the time known as Cardinal Jorge Mario Beroglio, Archbishop of Buenos Aires, spoke for civil unions while Argentina hotly debated the issue of gay marriages, he did so to keep the two kinds of union separate.   But several years later, in 2013, he famously said “Who am I to judge?” when asked about a gay priest. Not an approval, but not the condemnation we’re used to from the Catholic church, either.

Since then, he has personally ministered to people from the queer community. A member of his inner circle is Yayo Grassi, one of Beroglio’s former students who is currently in a same-sex marriage.

This step, the Pope himself openly endorsing civil union and specifically saying that it is because same-sex couples deserve all of the rights of heterosexual people in their personal lives, is a massive step forward for LGBT Catholics and LGBT citizens of Catholic countries. It is a sign of hope, that religion and personal freedom are easing their long siege against one another. It is progress, and it’s worth being grateful that there is currently a Pope mature enough to move forward.