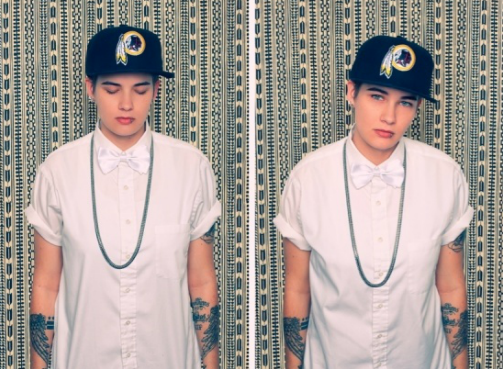 Ashley Kolodner is an artist who believes in creating works that are larger than herself. Much larger. In fact, her latest project, “GAYFACE,” is an ongoing portrait series that has already captured the faces of over 150 participants in 6 states. The goal of “GAYFACE” is to empower the subject, while simultaneously impacting the perspective of the viewer.

Kolodner’s series of portraits focuses on people of the LGBT community, of which she is a member. She uses two photographs of each participant: one with eyes closed, and one placed next to it with eyes wide, staring into the lens of her camera, and to viewers of the portraits. “GAYFACE” began as an opportunity to shed light on the rich diversity that exists in the LGBT community, and has grown into an enormously important collection that signifies how proud and identifiable the queer community is. Kolodner, like many others, experiences first-hand the misleading and limiting media and Hollywood representations of gays and lesbians. In television and film, LGBT characters are most commonly white, young, and “attractive,” according to entertainment industry standards, and Kolodner’s project shatters this Hollywood image.

In a recent interview with The Huffington Post, Kolodner explains, “I wanted to connect with my community. I wanted to empower us as individuals and as a whole, big queer spectrum. I wanted to show the world who we are in all our glory, and help the queer humans I document to not be so scared of life,” of her vision for “GAYFACE.” The photos she captures are vibrant, colorful, and feature a diverse array of people who appear empowered, vulnerable, and proud all at once.

In Kolodner’s artist statement for “GAYFACE” she explains, “Gay rights, as human rights, have long been thrown aside by American society. Sexuality cannot be defined as black and white for all.” This “black and white” sexuality often ignores the complicated nature of gender, placing labels on LGBTs instead of embracing their unique identities. The portrait series is Kolodner’s response to the marginalization of LGBT people in America, and her goal is to disrupt misconceptions and the media’s tendency to depict gay and lesbian people in limited ways. 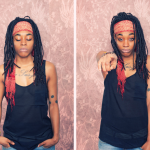 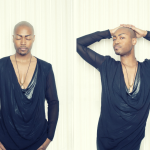 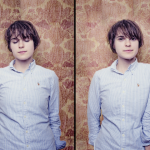 What started as an independent portrait series, “GAYFACE” has attracted other artistic minds, and Kolodner and collaborators hope to capture more than 2,000 faces in small towns and major cities all across America. The mission of this ambitious portrait project is to empower members of the LGBT community, while also changing the way that the community at large is perceived and sharing identities that people – gay or straight – can identify with.

Ashley Kolodner’s art is her tool for change, and with it she is working to create a more equal world. To view “GAYFACE” and for more information about the project, visit Ashley Kolodner’s official website.

All photos used with express permission from Ashley Kolodner.