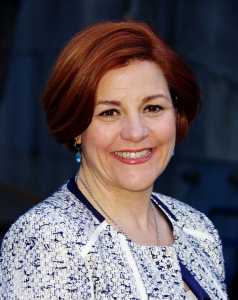 Since she began her career of activism and politics, Christine C. Quinn has fought for justice and equality. As the Executive Director of the Gay & Lesbian Anti-Violence Project in the 1990s, she sought to increase education about LGBTQ issues, to improve government policies that affected the LGBTQ community, to provide city-wide counselling and support, and to deter hate crimes and gay abuse.

Christine Quinn got her biggest opportunity for change when she was elected as the Speaker of the New York City Council in 2006. She broke barriers by being the first female Speaker and the first openly gay Speaker in the Council’s history; in 2007, the New York Post named her as the 3rd more powerful woman in New York.

Christine Quinn brought many of the gay community’s concerns into the mainstream of New York politics. By promoting policies and legislation that benefits every New York citizen, Quinn has moved beyond her own special interests as a politician. Her colleagues don’t respect Christine Quinn because she is the first female Speaker and the first openly gay Speaker: she is respected by her peers because she is a savvy business-woman, an advocate for the marginalized, and an outspoken, fair politician.